So since I'm gonna be on the move the next 2-3 years and probably not have proper kitchenware, I won't be posting recipies like I used to when I was back home. I really miss baking my own food from scratch, f.ex granola bars, cakes and bread. And man, I miss my blender and mixer..
Anyways, instead of recipe posts - I will do "restaurant/cafe" reviews because let's face it, people like to look at photos of food and it might be fun to keep track of all the restaurants we will visit the next few years. Yes, we really like going out to dinner and that's something we will continue to do even though we're poor students living abroad.

The first restaurant we visited was a Nepalese restaurant, located in one of the many cellars here in Bath. It's called Yak Yeti Yak and it was fantastic! Everything about it was good although my companion said he would have liked bigger portions. The decorations were authentic Nepalese (we suppose...haha), the service was very good and the food.. oh my! We were drooling through the whole meal. We started with Pappadums with the most amazing tomato/mango/chili chutney. Then we each got a main dish plus an original rice dish which included mustard seeds, spring onions and carrots. The dishes were both delicious and the price was pretty fair. 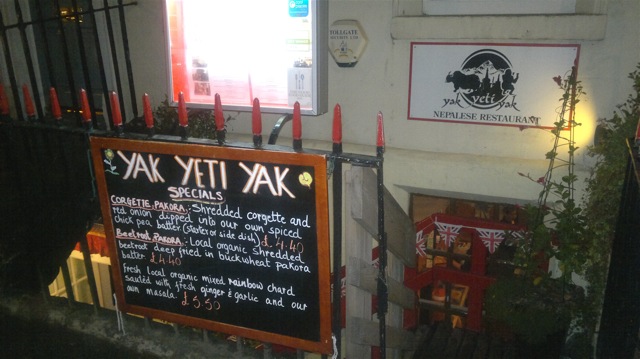 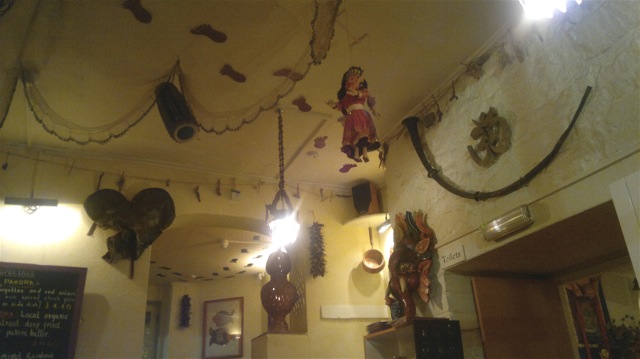 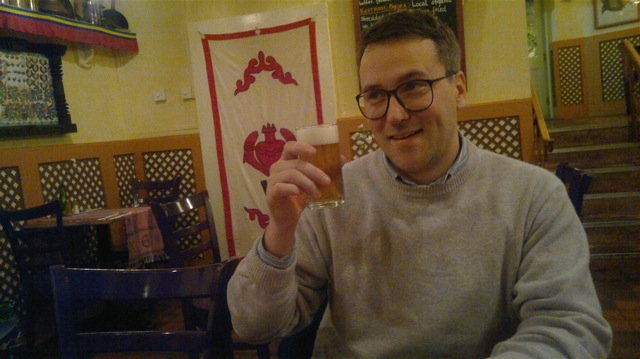 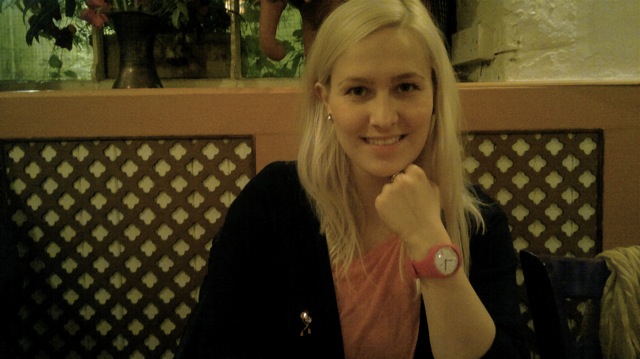 There was a "pink day" in Iceland the day before, I took it just the more seriously the day after and wore my pink collar pin (for breast cancer) and a new pink watch Eyþór brought. 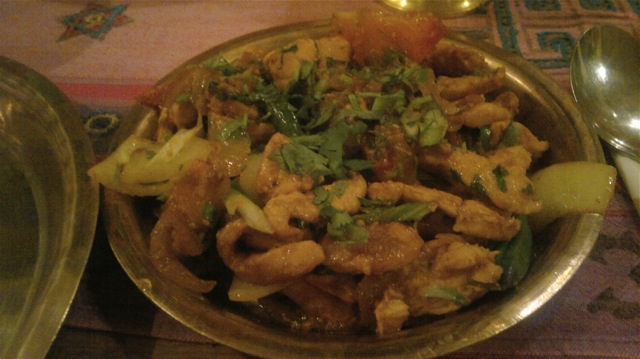 Eyþór had chicken in chili. 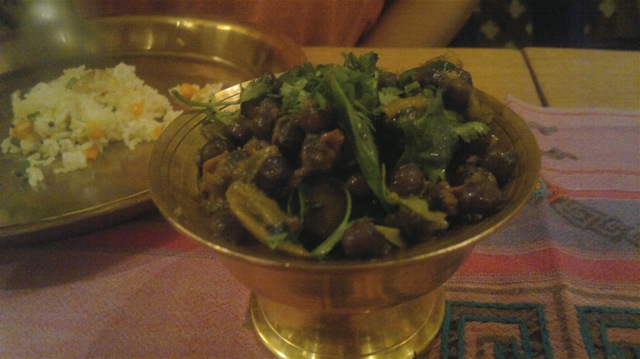 I had chickpeas and potatoes in cumin (love that spice) 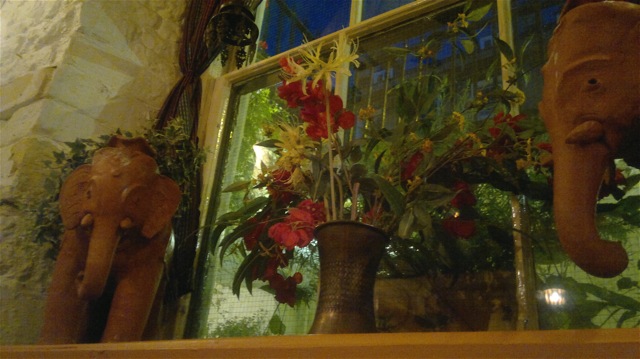 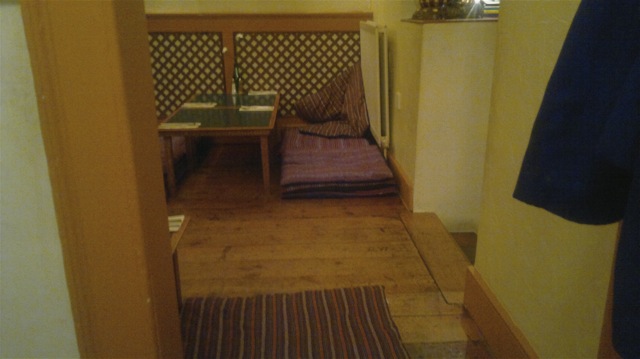 Next time, we would like to sit here while we eat! 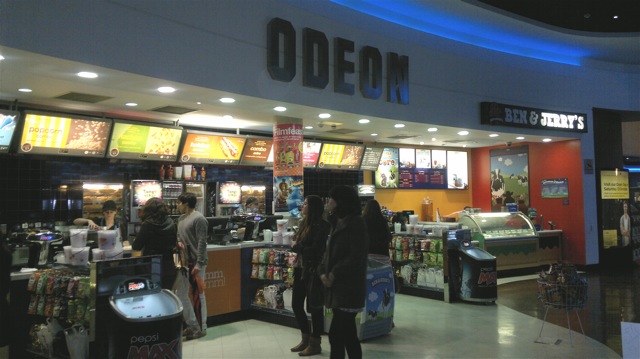 ODEON movie theatre is one house away from us. Overall a good cinema excluding the high price for us Icelanders with the freaking pound... But caramel Ben&Jerry's ice cream made up for it. We saw the movie "The perks of being a wallflower" and man is it good! A very touching story, I was quite vulnerable as we walked out of the movie theatre with tears in my eyes. Definitely recommend it. 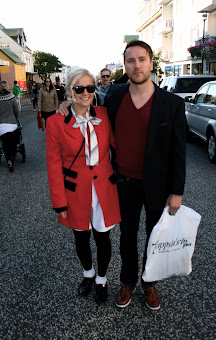